Popular
TOP MALE PERFORMANCE PILLS – Male Ultracore REVIEW
Eat Veg, Burn Fat: 6 Hacks to Eat...
Biomanix Review – The Male Enhancement Pill You...
COVID-19: the Ultimate Guide to Protecting Your Health...
10 Reasons Why a Bigger Penis Will Make...
Does working shifts lead to low libido in...
Want to Perform Better Between the Sheets? Ditch...
Staying Fit is the Key to Not Being...
The Most Popular Fitness Myths You Need to...
How Male UltraCore Maximizes Ashwagandha’s Potential
6 Screening Tests Every Adult Male Must Consider...
Home » 5 Habits That Are Bad for Your Liver
Health

5 Habits That Are Bad for Your Liver

As you may know by now, the liver is one of the most vital organs in the body. It’s the one in-charge of processing everything that we eat before it can be stamped for distribution throughout the body. The liver also plays a huge assortment of roles and functions, including multiple physiological processes like metabolic function and blood detoxification. Consequently, the overall health of the body and the stability of its many functions and processes heavily depend on the proper functioning of the liver.

Unfortunately, people have the fondness for things or habits that aren’t very good for the body, particularly the liver. As a result, this organ’s health and stability is compromised, affecting other bodily functions. The bottom line is that one’s health can seriously deteriorate if the liver is not working properly.

Here are 5 habits that can damage your liver: 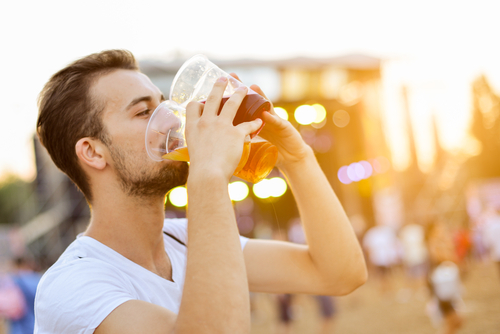 Consuming too much alcohol is the most common reason why livers deteriorate. Excessive alcohol intake reduces the liver’s capacity to get rid of toxins from the body. It can also lead to an augmentation in the volume of red blood cells, negatively affecting your health.

With too much drinking, the liver becomes pre-occupied on converting alcohol to a less toxic form and overlooks its other bodily functions. This results to fatty liver disease and inflammation.

When the liver attempts to disintegrate alcohol, the resulting chemical reaction can impair the liver cells. Over time, the impairment can become long-term and can result to cirrhosis or the scarring of the liver, disabling the organ from doing its functions.

Worse, when the liver tries to rectify the damage caused by alcohol abuse, it could lead to DNA mutations that can result to cancers.

Since the liver’s role is to break down substances, this also includes medications, herbs, and supplements. Excessive intake of certain prescription drugs can slowly damage your liver. The detrimental effect can go from minor to a total liver failure. This doesn’t hold true for medications, even herbs and supplements can do the same devastating effect on the body, especially to the liver, when consumed in excess.

One of the well-known drugs that can harm the liver is acetaminophen or Tylenol. This is typically used by many people sans prescription. It can be found in several of the cold and flu medications, as well as prescription pain solutions. Though this substance is generally regarded as harmless, but consumption in high dose dosage consistently for many days can bring about liver impairment.

Certain herbal solutions, as mentioned, can also be toxic to the liver when consumed excessively. For instance, vitamin A overdose can lead to liver toxicity. For this reason, it is vital to check medicine or supplement labels if there are any warnings for potential liver damage. 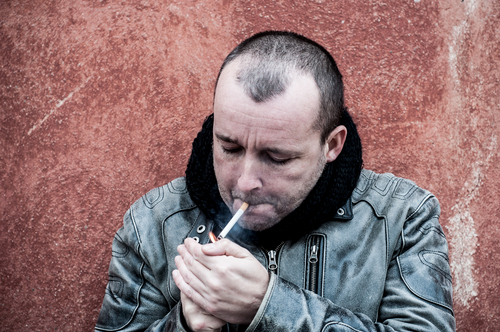 The said oxidative stress also leads to fibrosis. This is a course in which the liver forms excess tissue that resembles a scar tissue during its attempt to restore itself. The said surplus tissue can significantly have an impact on the liver.

Moreover, the toxic substances in cigarette lessen the liver function throughout the year, so the organ becomes less effectual in executing its primary function, which is to eliminate toxins from the body.

A research shows that sleep deprivation causes oxidative stress to the liver. It was determined that with inadequate sleep the liver fails to process fat effectively, leading it to build up instead. There’s also the fact that sleeping gives our body the chance to repair itself, and that includes the liver. Proper rest means you’re also giving your organs their well-deserved chance for revamping.

It is known that obesity is associated with unhealthy eating habits, which can damage your liver over time. This is because excessive intake of unhealthy foods leads to fat accumulation in the liver. This is called NAFLD or non-alcoholic fatty liver disease.

Moreover, the liver usually aids in the processing and regulation of the amount of sugar and fat in the blood. But with obesity, the liver becomes weighed down and begins preserving excess fat in its own liver cells. It could be because there’s no other spot for them to be placed or the liver doesn’t succeed in breaking them down. Eventually, too much fat accumulation in the liver causes inflammation and damage of the liver cells.

How Effective Is Vigrx Plus?