Popular
TOP MALE PERFORMANCE PILLS – Male Ultracore REVIEW
Eat Veg, Burn Fat: 6 Hacks to Eat...
Biomanix Review – The Male Enhancement Pill You...
COVID-19: the Ultimate Guide to Protecting Your Health...
10 Reasons Why a Bigger Penis Will Make...
Does working shifts lead to low libido in...
Want to Perform Better Between the Sheets? Ditch...
Staying Fit is the Key to Not Being...
The Most Popular Fitness Myths You Need to...
How Male UltraCore Maximizes Ashwagandha’s Potential
6 Screening Tests Every Adult Male Must Consider...
Home » 5 Healthy Reasons Why You Should Take Astaxanthin Supplements
Nutrition

5 Healthy Reasons Why You Should Take Astaxanthin Supplements

Carotenoids are usually associated with plants, but did you know that there is one carotenoid that is mostly found in aquatic animals? Astaxanthin, a keto-carotenoid terpene, is found in red-colored aquatic animals like shrimp, lobster, salmon, and red seabream. Although it is a carotenoid, it does not have vitamin A activity.

Astaxanthin, however, does have powerful antioxidant properties, due to its unique chemical structure. Emerging research on astaxanthin shows that it has many health benefits and that it shares similar metabolic and health benefits with beta-carotenes like lutein. The main sources of natural astaxanthin include the red yeast, Phaffia rhodozyma, and the green algae, Haematococcus pluvialis. Read on to find out how taking astaxanthin supplements can do wonders for your health.

For instance, nucleic acids are the building blocks of DNA, and they play an important role in our genetic makeup. A nucleic acid modified by a singlet oxygen can, therefore, can cause a lot of damage to our cells, and can even result in the formation of cells with abnormal genetic makeup such as cancer cells. By quenching singlet oxygen molecules, astaxanthin helps them go back to their ordinary state which is just like the oxygen we breathe. 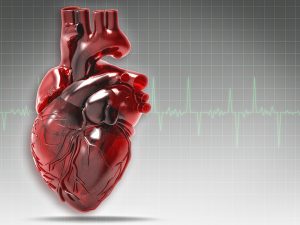 Another study published in 2016 investigated whether astaxanthin can help prevent atherosclerosis. The study was based on the results of previous studies which showed that astaxanthin can help with inflammation, lipid and glucose metabolism, as well as reduce oxidative stress.

The study concluded that aside from its powerful antioxidant properties, astaxanthin can also benefit cardiovascular health by preventing atherosclerosis. This is because of astaxanthin’s combined effects of anti-inflammation, improved lipid metabolism and better glucose metabolism.

Many studies have investigated the in vitro effects of astaxanthin on various cancer cells. For instance, in one study comparing four different types of carotenoids, it was found that astaxanthin was the most effective inhibiting the proliferation of leukemia cells, as compared to beta-carotene, capsanthin, bixin. Nevertheless, the other three carotenoids were also able to stop the spread of leukemia cells.

Astaxanthin was also shown to stop the spread of oral cancer cells in hamsters by targeting the cancer cells’ genes for cell proliferation and formation of new blood vessels, as well as for invasion. The 2014 study concluded that astaxanthin is a powerful inhibitor of tumor development.

There have been many studies conducted since 2011 that showed the beneficial effects of astaxanthin on brain health and in protecting cognitive functioning from age-related deterioration. For instance, astaxanthin has been shown to improve spatial memory and reduce inflammation in the brain. Astaxanthin is also associated with decreased oxidative stress in the brain.

Studies have also shown that astaxanthin promotes neural plasticity, or the brain’s capability to reorganize itself to learn new things or to adapt to new situations. Rats that were put in a water maze environment were shown to have improved performance after astaxanthin supplementation.

In people suffering from Alzheimer’s disease, many brain cells die because of amyloid compounds that act like plaque in the brain. Astaxanthin was also shown to protect the brain cells from amyloid toxicity, suggesting that supplementation of this powerful antioxidant may have huge benefits for Alzheimer’s disease patients. In mice, clinical experiments also showed that astaxanthin may help patients suffering from Parkinson’s disease as well as reduce seizure incidents in rats with epilepsy. 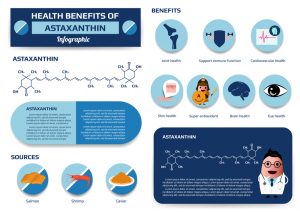 Because of its powerful antioxidant and anti-inflammatory, actions, astaxanthin has also been showed to be effective in preventing skin deterioration caused by aging. For instance, one study showed that astaxanthin can improve the skin’s moisture levels and prevent wrinkles from forming. The researchers concluded that astaxanthin may protect the skin from environmentally-induced damage.

Another study on the anti-inflammatory effects of astaxanthin showed that this powerful antioxidant and inflammatory agent can help those suffering from atopic dermatitis and pruritus, skin conditions that are both characterized by severe itching of the skin.