Popular
TOP MALE PERFORMANCE PILLS – Male Ultracore REVIEW
Eat Veg, Burn Fat: 6 Hacks to Eat...
Biomanix Review – The Male Enhancement Pill You...
COVID-19: the Ultimate Guide to Protecting Your Health...
10 Reasons Why a Bigger Penis Will Make...
Does working shifts lead to low libido in...
Want to Perform Better Between the Sheets? Ditch...
Staying Fit is the Key to Not Being...
The Most Popular Fitness Myths You Need to...
How Male UltraCore Maximizes Ashwagandha’s Potential
6 Screening Tests Every Adult Male Must Consider...
Home » The Most Annoying Habits Seen at the Gym-Stupid Acts to Avoid
Fitness

The idea of getting up, getting ready and hauling yourself down to the gym is already many of us don’t want to do. Getting motivated to get to the gym and workout only to be met by someone who is doing something stupid is extremely frustrating.

Not only is this person getting in everyone else’s way, chances are that they are not only putting themselves in harm’s way, but others around them as well. Don’t be that guy or girl at the gym, and do your best to avoid these annoying habits.

Having In-depth Conversations In Between Sets 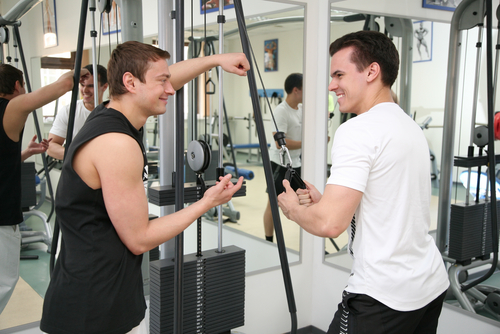 The gym is a place to go to get fit, although you wouldn’t be able to tell this by frequenting your average gym. There will without a doubt be at least one person or group of people doing nothing but talking, which is not only annoying, but also takes up space.

This type of guy you usually see huddled around the bench press or curl rack. They usually hover around machines or pieces of equipment used for isolation exercises, so that they can carry on a conversation while putting in as little effort as possible.

This person goes to the gym not to work out, but is looking for a conversation. Don’t be this person, keep your conversations at the gym brief, and let your fellow members exercise in peace.

There really is nothing worse than a crowded gym at prime time when some genius decides that it would be a good time to do a circuit exercise. This is the person that monopolizes a bunch of machines and equipment at the same time, usually doing so in an excruciatingly slow manner.

If you want to use multiple benches or machines, just be courteous before doing so. If there is anyone else around ask them first before doing so, or just go to an area of the gym that isn’t frequented to carry out your circuit routine.

Doing Too Complex of an Exercise or Using Too Much Weight 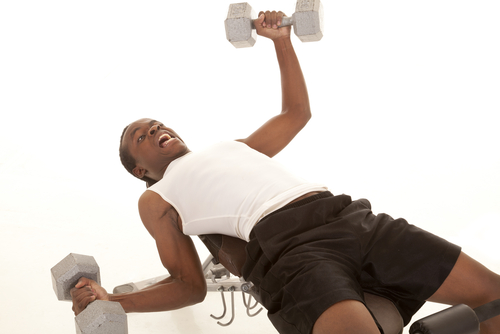 When someone doesn’t know how to perform an exercise or is using too much weight they not only look like a fool but they put other people at risk in the process.

This may be the person that can’t control themselves doing flat bench press with dumbbells, throwing them on the floor potentially taking out someone’s leg in the process. You also have the people that like to do bent over shoulder rows using the dumbbell rack to do so, which of course prevents anyone else from getting there in the meantime.

The of course you inevitably have the person that is using too much weight than they can handle. Usually you will see someone struggling with a shoulder press, or really involving their back on say a dumbbell curl. These people not only put themselves at risk but others as well who are going to feel obligated to rush over and spot them.

The worst case scenario is where you see someone using too much weight performing an exercise where they are extremely vulnerable, especially in compound exercises. It is easy to crush your chest or slip a disc when performing these exercises with too much weight, and the people doing so will not have any control afterwards. These people are more dangerous than the ones using equipment improperly by and large.

Offer Advice to Others

I’m sure it’s possible that there is an ivy league exercise physiologist who graduated at the top of their class who also goes to your gym, but the fact is nobody cares. Not many people are going to believe some random person from the gym that they never met before, so try to keep criticism to yourself.

If you do happen to be an expert in this field and see someone perform an exercise where they are clearly going to hurt themselves, it is best to let them know in a constructive manner.

There is nothing more fun that to walk up to the dumbbell rack to find that half of the two piece set is missing. If you take equipment off the rack and leave to go exercise in another area, put it back after you are done.

Believe it or not gyms do not usually hire employees to rack weights, and expect the clientele to do so. Respect the other people who go to your gym and rack your weights after you are done.

No one wants to waste their time walking around the gym searching for equipment, and neither would you. Remember to rack your weights after your done which is an easy way to keep the gym nice and organized.

The Effects of Having a Small Penis on a Man

Staying Fit is the Key to Not Being...

The Most Popular Fitness Myths You Need to...

Best Exercises to Improve your Flexibility

6 Things That Will Happen to You When...