Popular
TOP MALE PERFORMANCE PILLS – Male Ultracore REVIEW
Eat Veg, Burn Fat: 6 Hacks to Eat...
Biomanix Review – The Male Enhancement Pill You...
COVID-19: the Ultimate Guide to Protecting Your Health...
10 Reasons Why a Bigger Penis Will Make...
Does working shifts lead to low libido in...
Want to Perform Better Between the Sheets? Ditch...
Staying Fit is the Key to Not Being...
The Most Popular Fitness Myths You Need to...
How Male UltraCore Maximizes Ashwagandha’s Potential
6 Screening Tests Every Adult Male Must Consider...
Home » Cigarette Smoking Damages Your Sperm DNA
Sex

When the DNA material of your sperm is damaged, your chances of fertilization decrease. Even if you were able to impregnate your partner, a sperm cell with damaged DNA material can cause developmental abnormalities in the fetus. It can even increase the likelihood of a miscarriage.

Unfortunately, cigarette smoking can result in a high number of sperm cells with damaged DNA. Chromosomal aberrations, as well as gene alterations in your spermatozoa, can occur as a result of tobacco consumption. Continue reading to find out about the deleterious effects of cigarette smoking on your sperm DNA.

These three heavy metals have toxic effects on your reproductive system. In fact, the negative effects of cadmium, lead, and mercury on sperm parameters have been well-documented. These toxic heavy metals can also cause a lot of damage to the cells in your testicles, thereby negatively affecting your testicular functions. 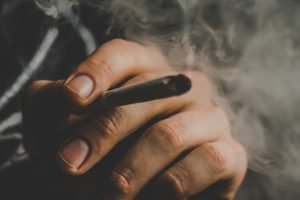 Due to the numerous toxic compounds found in cigarette smoke, tobacco consumption is strongly associated with high concentrations of reactive oxygen species and high levels of oxidative stress. In addition, the harmful chemicals contained in cigarette smoke can also cause an inflammatory reaction in your genital tract.

One of the functions of your sperm is to transport your DNA material to the egg cell. Within your sperm, your DNA is packaged by special proteins called histones. The packaged DNA material is referred to as the chromatin.

Before your spermatids become fully mature spermatozoa, they go through morphological changes which also includes a remodeling of your sperm chromatin. However, when there’s a high level of oxidative stress in your sperm, it can have adverse effects on this sperm chromatin remodeling process.

There are tests to measure the integrity of your sperm DNA. The DNA fragmentation index or DFI tells you how many of your sperm cells have damaged DNA material. The high DNA stainability or HDS index, on the one hand, tells you what percentage of your sperm contains immature chromatin.

Fertile men who smoke typically have higher DFI and HDS compared to fertile men who don’t consume tobacco. This means that even if you’re fertile, you will most likely have a lot of sperm cells with damaged DNA and immature chromatin if you’re a smoker.

Infertile men who smoke have even worse DFI and HDS scores. That’s because infertile smokers tend to have a high percentage of sperm with fragmented DNA. This is mainly due to their elevated reactive oxygen species levels, which cause damage to the sperm DNA material.

Aside from the fact that sperm cells of smokers usually encounter more oxidative stress, cigarette smoking also causes a reduction in the antioxidant capacity of men who smoke. This means that if you’re a smoker, your body produces a lot of oxidative stress-causing compounds but you don’t have enough antioxidants to fight oxidative stress.

Other than causing DNA fragmentation, cigarette smoking can also increase the number of your sperm with round heads. The sperm head is supposed to be oval, and this shape is necessary for the sperm cell’s ability to fertilize the egg.

A sperm cell with a round head will be less effective in dissolving the egg cell’s outer surface. Heavy smokers and long-term smokers tend to have higher rates of sperm with abnormally shaped heads.

Cigarette smoking can adversely impact your sperm parameters. Numerous studies have compared the sperm parameters of smokers versus non-smokers. It has been repeatedly shown that those who smoke cigarettes have lower semen volumes, poorer sperm motility, as well as lower sperm counts as compared to non-smokers. 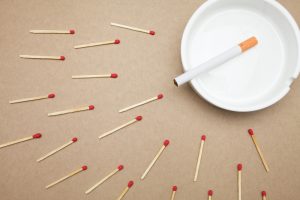 Cigarette smoking is also closely tied to reduced sperm density. The ejaculate volume of smokers also tends to be less than that of non-smokers. The percentage of sperm with abnormal shape or size is also higher in men who smoke.

It isn’t just a fertility enhancer. It’s also an excellent sexual performance booster. The herbal ingredients contained in it can help raise your testosterone levels, increase your drive for sex, and enhance your erectile function.