Popular
TOP MALE PERFORMANCE PILLS – Male Ultracore REVIEW
Eat Veg, Burn Fat: 6 Hacks to Eat...
Biomanix Review – The Male Enhancement Pill You...
COVID-19: the Ultimate Guide to Protecting Your Health...
10 Reasons Why a Bigger Penis Will Make...
Does working shifts lead to low libido in...
Want to Perform Better Between the Sheets? Ditch...
Staying Fit is the Key to Not Being...
The Most Popular Fitness Myths You Need to...
How Male UltraCore Maximizes Ashwagandha’s Potential
6 Screening Tests Every Adult Male Must Consider...
Home » Eggs have a lot of Protein, Yet These Foods Have More
Nutrition

Eggs have a lot of Protein, Yet These Foods Have More

When you think of foods that are high in protein, I’m sure one of the first to come to mind is the edible egg. What’s more is that eggs are delicious, and they can be incorporated into just about any meal. You can throw eggs in a stir-fry meal, you can add them to a salad, you can mix them in with a casserole, and you can make them all by themselves; no matter what way you cook them, they’re delicious.

I’ve done the research and I’ve found those options for you. Check out the list of foods below that will provide your body more protein than a simple egg will and get started on your new protein-filled diet.

P.S. You can still eat eggs, just try to mix up the proteins you consume for the best results.

Edamame is a delicious green soybean filled with protein. To be more specific, these beans have approximately 9 grams of protein per half cup. And, what’s more is that that half cup of edamame is only 100 calories. Add some salt atop the beans and you’ll get a tasty appetizer prior to your main meal.

Fact: Edamame also contains nutrients such as fiber, potassium, and vitamin A.

Cottage cheese is probably the last food you’d think to eat for a high protein intake; it never really gets enough credit in that department. But believe it or not, cottage cheese has about 12 grams of protein per half cup. And just like edamame, cottage cheese only has 100 calories in that half cup. 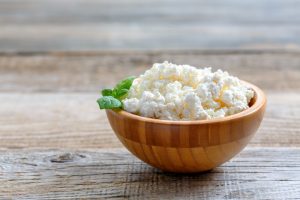 What’s the best part about cottage cheese? It’s a delicious snack that you can eat any time in the day and it’ll provide you with an optimum calcium intake.

Tip: You can make this food an awesome snack by adding any type of fruit to it. I suggest putting some raspberries, blueberries, and blackberries in the mix for a rush of flavor.

Chicken is one of the leanest proteins you can incorporate into your diet. Weighing in at 25 grams of protein in only 4 ounces of meat, this protein-filled food can be a part of so many meals. Some suggestions would be to cook it with side dishes, place it atop a salad, chop it up and put it in a soup, or even shred it and make a quesadilla with it!

Black beans don’t need to be cooked to be ingested, which makes this protein-filled food extremely easy to eat on a daily basis. Load up on a few cans the next time you head to the supermarket. You can use these beans whenever you’re ready; place them in your tacos, on top of nachos, or even in your next soup.

One-half cup contains approximately 7 grams of protein. They also weigh in at about 100 calories per half cup.

Fact: For vegans and vegetarians, these beans have approximately 2 milligrams of iron in each half cup. You’ll need foods like this to keep up with your iron intake.

Tuna is known to be filled with omega-3 fatty acids, but that’s not all. A 3-ounce serving of the fish, in raw form, weigh in at about 20 grams of protein. Cooked tuna, on the other hand, has about 33 grams of protein per small can. Get some cans of this fish while you’re at the store loading up on your black beans!

Turkey shouldn’t just be a meal when it’s Thanksgiving, it should be a meal several times throughout the year! It has a ton of protein in it, therefore making it a super healthy food for you to eat it on a semi-regular basis.

Turkey weighs in at about 25 grams of protein for every 4-ounce serving you have. Swap out the turkey for chicken and the chicken for turkey every once in a while, that way you’ll have a little bit of variety when it comes to the meats.

When I say milk, I mean whole cow’s milk, not the almond or cashew milk you might have in the fridge. Whole milk has about 1 gram of protein per ounce, which means that an 8-ounce glass of milk has approximately 8 grams of protein in it.

Fact: Not only does milk have a sufficient amount of protein, but it also has nine essential vitamins and minerals, with the most popular amongst them being vitamin D and calcium. 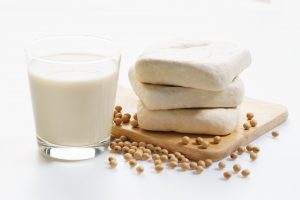 Another fact: If you’re vegan/vegetarian, you can opt out of the whole cow’s milk and drink soy milk instead. They have about the same amount of protein.

Don’t go trying to make tofu without a recipe, though, as this food has the potential to come out tasteless and unappetizing. Look up some recipes, or reach out to your friends who experiment with the food. I’m sure you’ll find a great recipe that will last you quite a while.

Sleeping Off the Pounds – Why Sleep is Crucial to Weight Loss