Popular
TOP MALE PERFORMANCE PILLS – Male Ultracore REVIEW
Eat Veg, Burn Fat: 6 Hacks to Eat...
Biomanix Review – The Male Enhancement Pill You...
COVID-19: the Ultimate Guide to Protecting Your Health...
10 Reasons Why a Bigger Penis Will Make...
Does working shifts lead to low libido in...
Want to Perform Better Between the Sheets? Ditch...
Staying Fit is the Key to Not Being...
The Most Popular Fitness Myths You Need to...
How Male UltraCore Maximizes Ashwagandha’s Potential
6 Screening Tests Every Adult Male Must Consider...
Home » Get Rid Of Erectile Dysfunction Naturally Through Aerobic Exercises
Health

Get Rid Of Erectile Dysfunction Naturally Through Aerobic Exercises

Along with obesity, diabetes, and cardiovascular diseases, scientific studies have long established the correlation between physical inactivity and erectile dysfunction (ED). One of the most common sexual dysfunction, especially in aging men, erectile dysfunction not only negatively impacts one’s sexuality but also one’s emotional well-being. 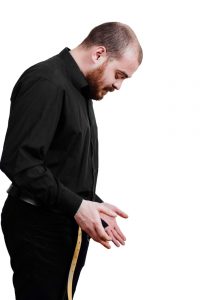 Since the first group received phosphodiesterase type 5 inhibitor (PDE5i) treatment, the men showed a 39.3% improvement in their erectile functioning after 3 months of treatment. In the second group with patients who exercised regularly, however, the results were much more significant, with a 77.8% improvement in their erectile functioning. The second group also showed improvements in their sexual desire, sexual satisfaction, and confidence level.

For this group, regular moderate aerobic physical activity such as running, cycling, jogging, and swimming for 20-60 minutes per session at 3-5 sessions per week, or at least 180 minutes per week, was a significant factor that led to great improvements in their erectile functioning.

In the 2013 study, the researchers recruited 20 male patients with both erectile dysfunction and metabolic syndrome, a condition characterized by high levels of cholesterol, blood pressure and blood sugar, and with a lot of body fat around the waist. Same as with the 2010 study, the first group only had tadalafil, a PDE5 inhibitor, for their treatment, while the second group had both tadalafil and a structured exercise program.

Again, both groups showed improvements in erectile functioning, except that the second group showed much better results with an 86% improvement. The physical activity prescribed for the second group was aerobic exercise on bicycle ergometer for at least 40 minutes per session at 3 sessions per week or a total of 120 minutes for 2 months.

The prescribed exercise was mild to moderate aerobic exercise for at least 30 minutes/session at 5 sessions/week, or a total of 150 minutes/week for 3 months. The group who exercised and went on diet showed a 50% improvement in erectile function.

Aerobic Physical Activity With No Medication

After the study period, the patients showed a 32% improvement in erectile function as compared to a control group of hypertensive men with erectile dysfunction who did not engage in an exercise program during the 8-week study period.

If you want to know which aerobic exercise is good for you, here are a few examples, with figures for calories burned (computed for a 155-pound person):

If you’re looking to improve your heart health, lose a few pounds, and address your erectile dysfunction, swimming would be the best exercise for you. Swimming is especially recommended if you have painful knees or if walking makes you uncomfortable, or if you have joint pains.

Moreover, you can burn the same amount of calories through recreational swimming as you would through brisk walking. If you’re not partial to doing laps, you can also engage in water aerobics, which is also low-impact and has low risks of injury. You can also use floating devices or weights if you need them.

Of course, if it’s too inconvenient for you to go to a swimming facility for your regular exercise, you can also simply do exercises at home. If you’ve got the equipment, spending at least 30 minutes on a stationary bicycle daily will do wonders for your heart and for your erection.

After a month, the group which followed the 6-minute walk program reported a 71% decrease in reported ED, whereas the other group reported a 9% increase. What’s even more interesting is that all these men had recent myocardial infarctions.

The results of the study suggest that walking is a low-impact and doable exercise that helps improve functional capacity and erectile function even in men with myocardial infarctions. On the other hand, results of the other group that did not engage in walking exercises show that without any regular physical activity, erectile dysfunction in men with myocardial infarction can even worsen.

The Correlation Between Sex and Insomnia