Popular
TOP MALE PERFORMANCE PILLS – Male Ultracore REVIEW
Eat Veg, Burn Fat: 6 Hacks to Eat...
Biomanix Review – The Male Enhancement Pill You...
COVID-19: the Ultimate Guide to Protecting Your Health...
10 Reasons Why a Bigger Penis Will Make...
Does working shifts lead to low libido in...
Want to Perform Better Between the Sheets? Ditch...
Staying Fit is the Key to Not Being...
The Most Popular Fitness Myths You Need to...
How Male UltraCore Maximizes Ashwagandha’s Potential
6 Screening Tests Every Adult Male Must Consider...
Home » Human Growth Hormone Is Not the Easy Fix You Are Looking For
Health

It is a common misconception that human growth hormone (HGH) can make you look and feel like you are younger and stronger.  However, studies show that HGH is not actually as helpful as many people think it is.  Additionally, HGH and other performance enhancing drugs can actually cause a lot of harm, especially when abused.

What is human growth hormone?

HGH, also known as somatotropin, is produced by the pituitary gland and it is responsible for growth and regeneration in people of all ages, especially in children and adolescents.  Its most well-known function is to make you grow taller.

What do doctors use human growth hormone for? 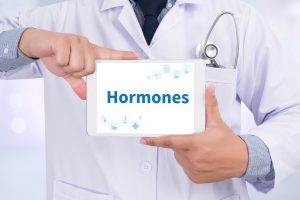 Synthetically developed HGH is used for helping shorter children grow taller.  Often, the cause of their short stature is unknown, but HGH can also be used to treat poor growth in children caused by several chronic and genetic medical conditions, including Turner’s Syndrome, Prader-Willi syndrome, chronic kidney disease, and HGH deficiency.

Adults can also use it for short bowel syndrome, which is when the small intestine is not long enough after surgery or when it does not absorb sufficient nutrients as a result of some intestinal disease.  A tumor or cancer in the pituitary gland can cause HGH deficiencies that can be treated with HGH injections.  AIDS can cause muscle diseases that are also treated with HGH.

How can human growth hormone be used as a performance enhancer?

Using HGH as a performance enhancing drug is not a use of the drug that is approved by the FDA.  However, some people think that HGH is like an anabolic steroid and can help you become more athletic and grow bigger and stronger muscles.  However, research shows that HGH might not even be that helpful to athletes.

The theory is that, since HGH is associated with bone and muscle growth, more of it can actually make you stronger.  Scientists believe that HGH does help a little bit with athletic performance, but not as much as most athletes believe it will.  A recent study on recreational athletes showed that two months HGH injection did improve biking speed, but it did not increase the athletes’ strength or endurance.  While it is possible that HGH injections would have a more powerful effect on professional athletes, the study revealed that it does very little for anyone else.

How can human growth hormone be used as an anti-aging agent?

But there is very little evidence to support these types of claims.  If you take HGH orally, your digestive system will break it down before your body can absorb it, so you would have to take it by injection.  Some people have claimed that creams can work, but there is no evidence that HGH can be useful when applied to your skin.

There are other tried and proven methods of treating problems related to bodily deterioration caused by aging.  While HGH potentially could help a little bit by increasing muscle mass and maybe weight loss, the negative side effects do not make it a particularly effective tool to treat aging related problems.

What are the side effects of high levels of human growth hormone? 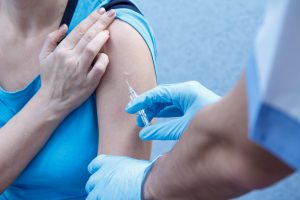 Negative side effects of HGH include pain in your nerves, pain in your muscles, pain in your joints, fluid buildup, swelling, carpal tunnel, numbness of the skin, tingling in the skin, high cholesterol, diabetes, and a  condition similar to mad cow disease.  Since HGH is often injected illegally, the needles are sometimes not properly cleaned, which can expose you to blood borne diseases like HIV or hepatitis.  Minor injection site reactions are also very common.

HGH can also cause cancerous tumors to grow faster because HGH promotes cell growth.  Some studies show that high levels of HGH can increase your risk of certain types of cancers, including Hodgkin’s lymphoma, colon cancer, and prostate cancer.  However, the link between cancer and too much HGH is under a lot of debate.

Why is there so much hype about a drug that only seems to cause harm?

HGH does have some benefits.  After all, it was synthetically developed in the 1980s for people who were experiencing insufficient cell growth.  It really helps those who need it for FDA approved uses, so it obviously does promote growth for anyone else using it for off label purposes, especially when taken in smaller doses or at the same time as other drugs that are known to build your muscles and bones.

Additionally, anything that can possibly be used to help you lose weight, look stronger, and feel both younger and happier will generate a ton of publicity.  People generally want to hear that there is an easy remedy to problems that would otherwise require a lot of hard work to fix.  Taking something to make you stronger is easier than going to the gym to exercise.  Using HGH injections to cure your depression is much simpler than the therapy and antidepressants that are usually required.  If there’s an easy way to stay healthy without putting in the effort to live a healthy lifestyle, than people will be interested.

However, not enough solid research has shown that HGH can help you feel young and fit.  Nothing is better than staying in shape though scientifically proven methods.  If you are concerned that you might have a legitimate HGH deficiency, then talk to your doctor.  Otherwise, the best thing to do is exercise and stay healthy.

What Women Want in a Man: Physical Attributes

5 Healthy Reasons Why You Should Take Astaxanthin Supplements