Popular
TOP MALE PERFORMANCE PILLS – Male Ultracore REVIEW
Eat Veg, Burn Fat: 6 Hacks to Eat...
Biomanix Review – The Male Enhancement Pill You...
COVID-19: the Ultimate Guide to Protecting Your Health...
10 Reasons Why a Bigger Penis Will Make...
Does working shifts lead to low libido in...
Want to Perform Better Between the Sheets? Ditch...
Staying Fit is the Key to Not Being...
The Most Popular Fitness Myths You Need to...
How Male UltraCore Maximizes Ashwagandha’s Potential
6 Screening Tests Every Adult Male Must Consider...
Home » Vitamin D and Vitamin D Deficiency
Health

Vitamin D is commonly obtained by exposing your skin to sunlight and it is extremely beneficial to various aspects of your health. However, in the last few decades, vitamin D concentration in men living in the United States has reduced due to obesity, insufficient milk intake, and possibly greater use of sunscreen. Vitamin D deficiency is associated with number of serious major health concerns, so it is very important that you get enough sunlight or find another way of obtaining sufficient levels of vitamin D. Here is everything you need to know about vitamin D and vitamin D deficiency.

What is Vitamin D?

Vitamin D is a lipid soluble nutrient present in a couple food groups, including some fish, cheese, mushrooms, eggs, and fortified dietary supplements. However, the main source of your body’s vitamin D is produced when skin cells that are exposed to ultraviolet sunlight are triggered to synthesize the vitamin. Vitamin D it is not beneficial to health until other substances are added to it. These two substances are known as calcidiol and calcitriol. They are notable for containing a charged compound (known as a functional group) called hydroxide, which is why the process of adding these substances to vitamin D is known as hydroxylation. 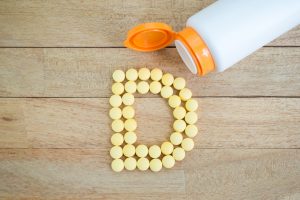 Calcidiol is added to vitamin D by the liver, while the kidneys add most of the calcitriol to your vitamin D. Calcitriol can also be added to vitamin D by other organs, but the kidneys are primarily responsible for it. Once it has gone through hydroxylation in both the liver and the kidneys, vitamin D can promote calcium absorption in your digestive tract, which can then help with your bone health. Vitamin D is also important for regulating the cell cycle, reducing inflammation, and helping with your immune system.

Vitamin D deficiency can occur in number of circumstances, including when you do not intake enough of it in your diet, when you are not properly exposed to sunlight, when your kidneys are inadequately functioning to hydroxylate the vitamin D that you absorbed during digestion, and when your digestive tract does not properly absorb vitamin D.

Who Is At Risk For Vitamin D Deficiency?

People who do not have enough milk or dairy products are going to be at risk for vitamin D deficiency, including those with milk allergies, those will lactose intolerance, certain vegetarians, and vegans. Older adults are even more likely to be vitamin D deficient because, as you age, your skin cannot always produce vitamin D as well as it needs to. Darker skinned individuals are also at a greater risk than lighter skinned individuals.

If you have any medical condition related to problems with absorbing fat (such as liver disease, cystic fibrosis, celiac disease, Crohn’s disease, and ulcerative colitis), you are also at risk because vitamin D is fat soluble (meaning it likes to dissolve in fat) and it relies on how well your digestive tract absorbs fat. Obesity can result in vitamin D deficiency because fat under your skin (subcutaneous fat) can alter how vitamin D gets from your skin cells to your bloodstream.

What Are Signs And Symptoms Of Vitamin D Deficiency?

Most people have no idea that they are vitamin D deficient, but there are a couple of symptoms that you can look for out. If you are getting sick or infected often with the cold or the flu, it might be because you do not have enough vitamin D to help with your immune system. It can also cause fatigue, tiredness, bone pain, back pain, depressed mood, insufficient wound healing, bone problems, hair loss, and muscle pain.

Why Is Vitamin D Deficiency A Serious Problem? 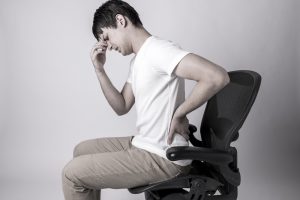 A number of health conditions are associated with vitamin D deficiency. The most popular health concern is osteomalacia, which is when your bones get soft due to inadequate calcium storage, ultimately leading to low bone mass and osteoporosis. However, studies show that vitamin D deficiency is also linked to urinary tract problems, prostate problems, bronchitis, pneumonia, depression, other mental concerns, diabetes, hypertension, glucose intolerance, multiple sclerosis, and even death. Some evidence has shown that people who are vitamin D deficient are at a higher risk for colon, prostate cancer, and breast cancer.

Is There Such Thing as Too Much Vitamin D?

How Do You Make Sure You Have The Right Amount Of Vitamin D?

It is very easy to regulate your vitamin D levels. For people who have vitamin D toxicity, the cause is almost always too much intake of vitamin D supplements, so you should just try to avoid supplements and other food groups that are rich in vitamin D. However, if you are vitamin D deficient, then there are plenty of foods and supplements that you can take to treat the vitamin D deficiency. You can also try to increase your exposure to sunlight, which can also work to prevent a number of other health concerns (as long as you do not get sunburned, which can lead to skin cancer).