Popular
TOP MALE PERFORMANCE PILLS – Male Ultracore REVIEW
Eat Veg, Burn Fat: 6 Hacks to Eat...
Biomanix Review – The Male Enhancement Pill You...
COVID-19: the Ultimate Guide to Protecting Your Health...
10 Reasons Why a Bigger Penis Will Make...
Does working shifts lead to low libido in...
Want to Perform Better Between the Sheets? Ditch...
Staying Fit is the Key to Not Being...
The Most Popular Fitness Myths You Need to...
How Male UltraCore Maximizes Ashwagandha’s Potential
6 Screening Tests Every Adult Male Must Consider...
Home » What Women Want in a Man: Character Traits
Health

What Women Want in a Man: Character Traits

Women expect their men to have specific traits. Such categories of traits include:

Many men do understand that these categories exist. However, what many men don’t understand is what makes up each of these specific groups. Even with the help of songs, poems, books, and romantic comedies, men still struggle to understand what women really want in their future ‘prince charming.’

But I’m here to help you guys with this issue. Now, not all women are the same, but there is a basis you can go off of to determine what the majority of woman want in a man.

What I will provide you guys with is a sort of mini series entitled What Women Want in a Man. The first of the series is going to be referred to as Character Traits. This will be my starting point for all of you.

Every woman wants the same traits to make up their man:

But, some of these traits, and similar attributes, are looked over. So, I’m going to go into detail regarding a few assumed attributes, and then I’ll add a few extras, just to get you men rolling in the right direction. 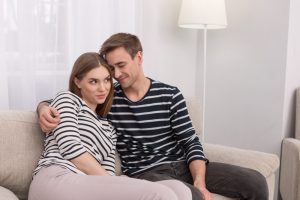 As a matter of fact, most women rate this characteristic on their list of ‘Top 10’s’ that they want to find in their forever man. Plus, a loyal man is a sexy man in their mind.

However, in remaining faithful to your lady, you must also boost her confidence through compliments. Remind her that she’s sexy, and that she’s the only woman you want to look at, touch, and spend your time with.

Guys, if you have to understand one thing, please understand this. You have to be dependable. If you’re not, us women will just loose hope with you and eventually get annoyed enough to exit whatever relationship is taking place.

With dependability comes the ability to commit. And, if you’re unable to commit to a woman, chances are that woman will find you unattractive and will assume you’re just another asshole (unless the two of you have agreed on different terms from the beginning).

But, that’s not all. Dependability means you have to be on time, it means you have to live up to your word, and it means you have to do everything in your power to not let her down. For example, if you offer to pick up dinner and you come home with no food, not only is she going to be upset that she couldn’t count on you to complete a simple task, but she’s also probably going to be hangry (and we both know what happens when a woman gets hangry). However, if you were to come through with the things you say you’ll do, chances are she’ll end up sticking around for a while. 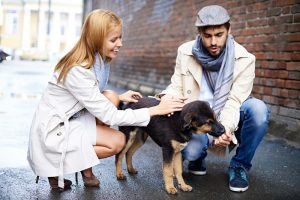 I know what most of you men are thinking: Women love the bad boys. I hate to tell you guys but that’s a misconception. Women actually outgrow bad boys in the early years of dating, and in turn want the polar opposite.

Women crave a man who can show kindness. Kindness allows a woman to feel confident. Why? Because a man who is kind to her and her surrounding people is a man who won’t put her down and belittle her. And, if you’re kind to women in general, your lady will conclude that you’re a good man. But don’t be over friendly, as that will lead women to believe you’re a ‘player,’ and you don’t want that reputation.

Moral integrity urges people to tell the truth; It also entails people to be honest. These traits allow women to trust you and understand that you’re in it for the long run.

But, be careful with this bit of advice fellas. Being too honest may backfire. For example, don’t tell her she looks fat in that dress; Instead, think of a more clever way to let her know that the other red dress looks better on her.

Don’t be scared just because you saw the word father. Please.

Having fatherly qualities is actually a good thing, guys. Whether you are a good father, or you have the potential to be a good father, this trait should be shown (it’ll benefit you). In order to show this side of you, you’ll have to adopt attributes like patience and an ability to be compassionate and caring.

This attracts women who want to have children one day. A lady that doesn’t want to have kids may not have this on her list of ‘Top 10’s,’ but other women will have it on their roster.

And if you don’t have kids, or she doesn’t have kids, or the two of you aren’t thinking about having kids yet, display your sense of patience and compassion by playing with and connecting with a member of the family that is a child. For example, if she has a niece or nephew that she adores, take a few minutes away from the crowd to sit and talk to them. This will show your sense of fatherliness.

Now that you know all about the Character Traits, it’s time to move on to the Personality Traits. I understand women want a lot, and men tend to not want nearly as much, but hang in there. Once you get all the information you need to really learn what a woman wants, you’ll be on a grand ole’ love path.

Is This Why Men Hate the Doctor?

What Women Want in a Man: Personality Traits