Popular
TOP MALE PERFORMANCE PILLS – Male Ultracore REVIEW
Eat Veg, Burn Fat: 6 Hacks to Eat...
Biomanix Review – The Male Enhancement Pill You...
COVID-19: the Ultimate Guide to Protecting Your Health...
10 Reasons Why a Bigger Penis Will Make...
Does working shifts lead to low libido in...
Want to Perform Better Between the Sheets? Ditch...
Staying Fit is the Key to Not Being...
The Most Popular Fitness Myths You Need to...
How Male UltraCore Maximizes Ashwagandha’s Potential
6 Screening Tests Every Adult Male Must Consider...
Home » Why It’s Okay Not to Want Children
Sex

Why It’s Okay Not to Want Children

Table of Contents show
1 Why do most people want children? They might not know, either.
2 Co-parenting Responsibilities
3 You like your relationship the way it is.
4 It’s not selfish. (And if anyone tries to tell you otherwise, show them this article.)
5 Medical or Genetic Reasons
6 Your career is important to you.
7 No Unwanted Children

Often in dating articles, a desire never to have children is characterized as negative. It is listed as a deal breaker, or even, in some cases, as something that is “horribly wrong.” This is, however, more an expression of opinion than of objectivity, as explored in the following points.

Why do most people want children? They might not know, either.

Most people who want children to have never stepped back to consider it. “That’s what people do” and “Mom wants grandkids” are not quality reasons to bring children into the world, but they often motivate people to do so. One might say it is better not to birth one’s own children and regret it, as this can be reversed later than it is to have children and regret it.

Studies show that traditionally, men have wanted to have more children than women have. More and more women are willing to admit that they don’t want to have children, acknowledging the importance of their careers, the bodily gore that inevitably comes with childbirth, and the imbalance in housework and child rearing contributions in most heterosexual couples. Studies also show that over the past two decades, as the societal focus has shifted to more popularly emphasize equal household contributions between partners, men report a desire for fewer and fewer children. The paradigm is shifting. Many women would love to meet a man who doesn’t expect her to have children. 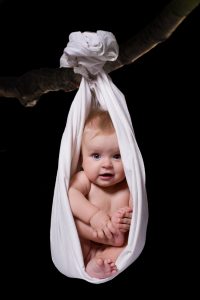 There is truth behind media portrayals of haggard parents who haven’t slept soundly or showered in days. Parenthood lends itself to unintentional weight gain, sharp decreases in discretionary time, greater emotional and financial demands, and contrary to the process by which babies appear in the first place, less sex. All of these factors changing all at once turn almost any relationship on its head.

Maybe you like waking up well rested beside your wife or girlfriend, putting on a pot of coffee, and reading the news on your phone next to her as she eats cereal, quietly. You might want to go on trips together on weekends, or during vacation, but money is finite. You might want to keep energy and time available for sex. In any case, you want to focus attention on her, and continue to make her feel loved and appreciated, and you’re not sure kids wouldn’t change that. Don’t let those whose opinions differ tell you what you need to be happy.

It’s not selfish. (And if anyone tries to tell you otherwise, show them this article.)

If anyone tells you your decision not to have kids is selfish, ask them why. Whom are you harming? Whose needs to take a back seat if you elect not to procreate? If anything, you may be saving children from lives in which, inevitably, not all of their needs are met.

Financially, children are a humongous commitment. Taking into account not only the basics of food and diapers but also continuing expenses like childcare and quality education, price tags on raising a child start in the hundreds of thousands of dollars and extend upward. Recognizing that your income cannot comfortably cover all of these expenses while also fostering the pursuits of a child’s interests is not selfish, it’s compassionate.

Some men fear that stating their lack of desire for children will affect potential partners’ perception of them. This stems from a misconception that people elect to remain child-free so that they may continue to be sexually free, though this is certainly not usually the case. If the women you date are open-minded or willing to listen to where you are coming from on this issue, hold onto them.

Refraining from having children can save people, and by extension even greater numbers of people, from a genetic disease. In this way, the choice to be child-free is entirely compassionate. Huntington’s Disease, as an example, affects fifty percent of individuals born to parents with the disease. It strikes at a point when many people have already had children and cause irreversible damage to nerve cells in the brain. People with Huntington’s have increasing trouble balancing, walking, talking, swallowing, and maintaining full mental function starting around age thirty, and the condition is fatal. The decline is often terrifying for those experiencing it and heartbreaking for those witnessing it. For this reason, though giving life to another generation is a fully viable option, people whose parents have Huntington’s will sometimes decide not to have children in case they pass it on.

Beyond Huntington’s, there are other conditions that persuade people to adopt instead of creating their own children. Some who suffer from a chronic migraine, severe mental health disorders, or conditions that cause chronic pain make similar decisions.

Your career is important to you. 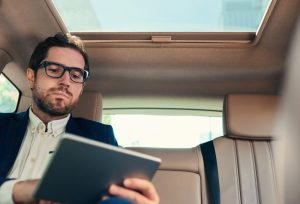 Some people in high-powered or creative careers fear that they do not have enough energy to devote to child rearing on top of their careers. This decision requires considerable self-knowledge and is commendable; though some may characterize it as prioritizing one’s own needs, it also prioritizes those of any hypothetical children. Happy parents tend to raise happier children, and a parent who strongly values his career but cannot prioritize it may not be particularly happy.

Not wanting to be a dad and following through with it means no unwanted children. Ultimately, children do not decide to be born. Parents have the agency to create a new life, or not to, and the motivation behind that agency is what’s important. A person who has a child without wanting to is bringing into the world an unwanted child. While there are many parents who get pregnant accidentally and grow to love their children and their situation, there are unspoken numbers of people who regret becoming parents. Most of these people are those who did not want to have children and were motivated extrinsically. Even if your reason for not having children is as simple as not liking them or thinking they’re gross, if you feel strongly about it, it is a valid reason. Not wanting children but having them anyway will not likely change that feeling.