Popular
TOP MALE PERFORMANCE PILLS – Male Ultracore REVIEW
Eat Veg, Burn Fat: 6 Hacks to Eat...
Biomanix Review – The Male Enhancement Pill You...
COVID-19: the Ultimate Guide to Protecting Your Health...
10 Reasons Why a Bigger Penis Will Make...
Does working shifts lead to low libido in...
Want to Perform Better Between the Sheets? Ditch...
Staying Fit is the Key to Not Being...
The Most Popular Fitness Myths You Need to...
How Male UltraCore Maximizes Ashwagandha’s Potential
6 Screening Tests Every Adult Male Must Consider...
Home » Younger? Dating Older? Here’s Some Advice
Sex

Dating an older woman won’t be like dating a woman your own age. For one, she’ll know what she wants. While some women your own age know what they want, an older woman has seen much of life and has experienced what she likes and doesn’t like. That’s good news. If you’ve got your eye on her, and she’s looking right back, then you can trust she’s as serious as you are.

Here are six pros and cons of dating an older woman.

Life has kicked and loved an older woman, sometimes at the same time. She knows what she wants and won’t bat an eyelash telling you. Having been with women your own age you may not be used to such straightforward communication, but an older woman won’t waste time hinting. She’s confident in herself and is looking for a young man, like yourself, who is confident in himself. She knows which clothes look good on her and most likely won’t tell you about feminine things you’re not interested in. If you’re thinking you’re going to be her knight in shining armor, think again, she’s got her own armor. That’s a good thing, though, because you can enjoy her problem-solving abilities and know-how. 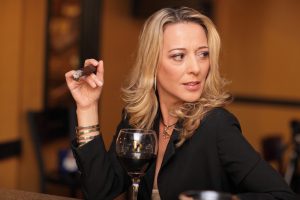 With experience comes maturity. An older woman’s not interested in games. More than likely, she’s looking for a deep connection with someone, i.e. you, on her level. If you’re looking at her, she’s assuming you’re on her level. So, if you’re not, make an effort to get there. Look for the deeper meanings in life and talk about them with her. Having said that, don’t feel pressured to act completely older than your age. You are young and should still experience the excitement and newness of life and all it has to offer. Just because you’re with an older woman, doesn’t mean you should allow yourself to grow older than your years. Just like she grew up, you should, too. But, if you’re looking for an older woman, most likely you already are more mature than your age indicates.

If you’re looking to have children, she may not want to. An older woman may have already had children and doesn’t want to care for any more, or may be unable to. Around 30 years of age, a woman eggs are getting older, which may increase the risk of birth defects. Though, there are many women who have healthy children.

On the other hand, if she is looking for children, she’ll only have a limited amount of time left and will want to get started quickly. If you’re not ready to be a father, make this very clear. Children, as wonderful as they are, may get in the way of your spontaneity and make you feel saddled down.

Related to children of your own, you will also have to deal with her children, who may be adults, or even older than you. They may have lots of questions, all of which you don’t have to answer. This mismatch on children can cause conflict in your relationship if you don’t meet the topic head-on.

Whether you have a thriving career or are still figuring things out, an older woman will most likely already have a career and financial stability. Unlike some younger women, she won’t raid your pocket but pay her own way. If you begin a family, she will be able to chip in on the finances, which takes a lot of pressure off of you.

Not only financial independence, but an older woman may be independent, in general. She’ll have her own activities and events to go, too. Spend some time together, but be sure that you have your own activities planned. For the most part, she won’t sit up waiting for you to initiate activities.in addition, deciding on the shared activity may take time as you both have strong opinions. Compromise is the name of the game.

Having been on this planet longer than you, an older woman has experienced more, such as exes, children or step-children, divorces, bad relationships, financial obligations, or debts. All of these past issues come with the woman and don’t slide off like rain on an oily surface. Most likely, all of these won’t come with the woman you’re interested, but be aware that some may. Unlike the majority of women your age, an older woman has a lot on her plate and many worries that may be bouncing around in her mind. Baggage comes with the woman and she expects that you will be there to support. 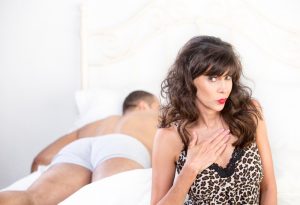 After you and she have discussed the above points and decided on a long-term relationship, you’ll know that when she says “I love you”, she’s not playing any games. Like you, she doesn’t have time for a love that isn’t real. She’s as committed as you are.

When dating an older woman, you’ll learn so much more than you could have ever expected. Not only will you enjoy her independent, strong, spirit, but you’ll also get great sex as women reach their sexual peak later in life. So, have a great life, sex, and the pleasure of being with a woman who knows she loves you.

Ways To Have Fun With Your Infant Or Toddler